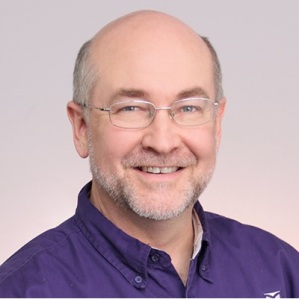 Dr. Lee Krähenbühl is Chair of the Department of Communication in the School of Design at Stevenson University in Owings Mills, Maryland, where he serves as Associate Professor of Communication and Program Coordinator of Interdisciplinary and Professional Studies, and directs the Graduate Program in Communication. He is First Vice President of the Maryland Communication Association, and has taught Communication, Entertainment History, and World Religions at the college and university levels for over thirty years. Dr. Krähenbühl is also a singer/songwriter, actor, director, curriculum designer, and scholar of the interaction of the performing arts and American religious movements from the nineteenth century to the present.

Welcome, and thank you for visiting this archive of my professional, scholarly, and creative work. I’m a university professor, undergraduate and graduate program administrator, entertainment historian, world religionist, actor, director, and singer / songwriter. I have taught Communication, Theatre, and Religious Studies at the undergraduate and graduate levels since 1987. I am also a family history enthusiast.

In sum, taking a cue from World Religions scholar John L. Esposito, I am a “StoryDweller”—as are we humans all.

There are as many forms of StoryDwelling as there are people. My own current research and writing prospectus includes the first full-length biography of the actor Thomas Ackley Lyne (1806-1890), who in the 1840s raised a theatrical company on behalf of the Church of Jesus Christ of Latter-day Saints. Lyne’s company staged the earliest stage productions sanctioned by any American English-speaking religious community, a full generation before any other faith tradition followed suit. You can read more about my research on Tom Lyne here. In my most recent work, I am also actively researching the Coggeshall Family of actors and the apocalyptic evangelist Joseph Smith Lee, Sr. 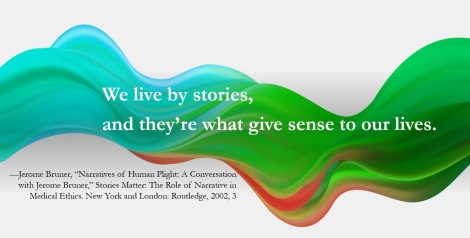 Words can tell stories; so, too, can music. Since 1993, Dr. David Frantz and I have been collaborating on free-form acoustic songs that we call Living Room Music (find us on Facebook by clicking here). From 2012 through 2017, David and I were Artists-in-Residence for the Randall L. Tobias Leadership Conference. The on-site compositions from those years are available for listening here on the Living Room Music page.  I was also a founding member of the folk band Kindling. My daughter, the artist Brooks Krähenbühl Eisenbise, and I have appeared as a featured performers at On Earth Peace’s annual itinerant Song and Story Fest.

I live in Fairland Heights, Maryland, with my wife, Nancy Laubach Smith.

My site logo (right)  depicts the ground plan of the theatre at Epidauros, the most perfectly preserved performance space that has survived from the ancient world.

“In the beginning was the performance;
not the word alone, not the deed alone,
but both indelibly marked with each other forever.”